THE ORIGIN AND PRINCIPLES OF JEET KUNE DO 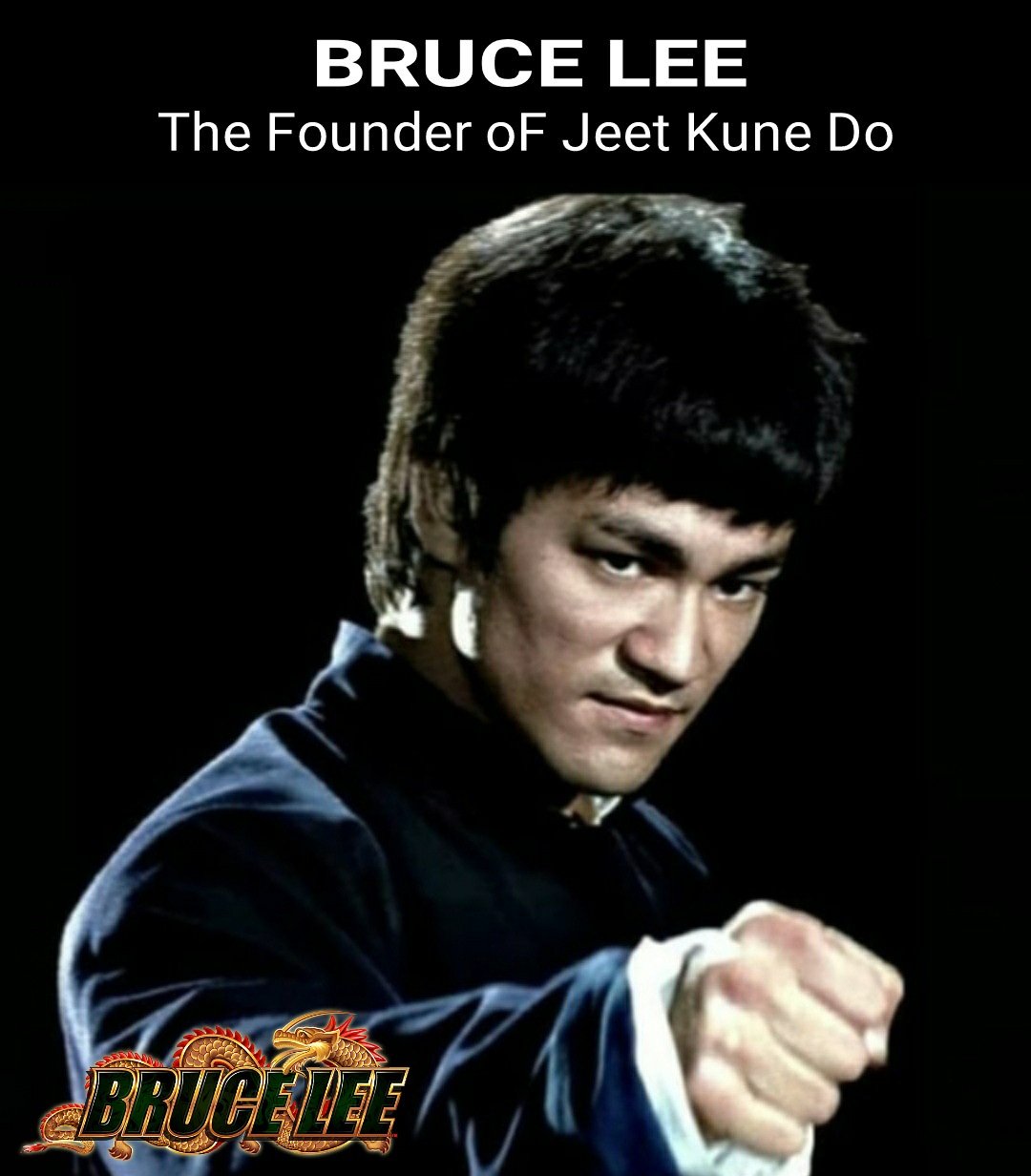 The term Jeet Kune Do was coined and put into use in 1967 by Bruce Lee in an attempt to put a name to his martial expression. Lee wrestled with putting a name to his art as he constantly veered away from any type of crystallization (and thereby limitation) of its essence, however, the simple need to refer to it in some concrete way won out and Jeet Kune Do was born.

The idea of intercepting is key to JKD, whether it be the interception of your opponent’s technique or his intent. The basic guiding principles are: Simplicity, Directness and Freedom (the form of no form).

The techniques and philosophies of JKD can be applied to real combat as well as challenging life situations. Jeet Kune Do consists of physical techniques and applied philosophies and requires the individual to train him or herself to their most cultivated state of being-ness so that when faced with a combat situation or a challenging personal situation, the tools needed are available in the moment and can be executed without thought. Jeet Kune Do celebrates the cultivation and honest self expression of the individual.
BRUCE LEE Research your own experience. Absorb what is useful. Reject what is useless. Add what is essentially your own.

Unlike more traditional martial arts, Jeet Kune Do is not fixed or patterned and is a philosophy with guiding ideas. Named for the Wing Chun concept of interception or attacking when one's opponent is about to attack, Jeet Kune Do's practitioners believe in minimal effort with maximum effect and extreme speed.


Principles of JEET KUNE DO The following are principles that Lee incorporated into Jeet Kune Do] He felt them universal combat truths that were self-evident, and would lead to combat success if followed. Familiarity with each of the "four ranges of combat", in particular, is thought to be instrumental in becoming a "total" martial artist.
JKD believes the best defense is a strong offense, hence the principle of an "intercepting fist". For someone to attack another hand-to-hand, the attacker must approach the target. This provides an opportunity for the attacked person to "intercept" the attacking movement. The principle of interception may be applied to more than intercepting the actual physical attack; non-verbal cues (subtle movements of which opponent may be unaware) may also be perceived or "intercepted", and thus used to one's advantage. The "five ways of attack", categories which help JKD practitioners organize their fighting repertoire, comprise the offensive teachings of JKD. The concepts of "Stop hits & stop kicks," and "Simultaneous parrying & punching," based on the concept of single fluid motions which attack while defending (in systems such as épée fencing and Wing Chun), compose JKD's defensive teachings. These were modified for unarmed combat and implemented into the JKD framework by Lee to complement the principle of interception.

BLACK PANTHA JEET KUNE DO COMBAT KUNG FU
Jeet kune Do,was founded by Martial Artists Bruce Lee in 1967 with direct non classical straight forward movements the Jeet Kune Do system promotes minimal movement with maximum effect and extreme explosive speed with the use of different tools for different situations, unlike traditional martial arts Jeet kune Do, is not fixed or patterned but is guided by the philosophy of interception or attacking your opponent when he is about to attack.
BLACK PANTHA believes as Bruce Lee did, that combat is spontaneous and no fighter can predict it only react to it, a good fighter should be like water and move fluidly without hesitation.
A skilled fighter never stays in one spot for long; he is in constant motion to baffle his opponent, causing him to misjudge the distance between you. A moving target is much harder to hit and by being in motion, you can move more quickly than from a static position.
By varying the distance and timing of your movement continuously, you can confuse your opponent.You will disturb his preparation and rhythm to attack or defend, keeping him off- balance. You must practice your footwork simultaneously with punching, kicking, using your knees and elbows.
Without footwork, a fighter is like a loaded weapon, which cannot be, directed at the enemy line. The speed and power of your kicks and punches depends upon the dexterity of your feet and the balance of your body.